As promised, here is our Crypto Fund update, general outlook, new allocations and upcoming project launches. We recently wrote our Q3 2020 update for the Venture Fund, which you can read here: Q3 Update.

We are currently approaching these markets as if they are about 25-30% through the cycle. There will likely be 20-30%+ price retracements along the way, which have historically occurred during bull runs. These selloffs help define the foundation of stronger hands and long term holders before new capital enters the space.

Over the last few months, sentiment has shifted in crypto. Whatever your perspective on DeFi, it is certainly bringing excitement and speculation into the industry. Networks are being launched in new ways, liquidity and participation are being bootstrapped, and the massive adoption of decentralized exchanges is fueling the ability for widespread accessibility. Perhaps most importantly in bigger picture terms, the overarching macroeconomic setup almost seems too good to be true.

As we've mentioned in previous updates, we have been accumulating new Bitcoin and Ethereum positions since the 2018 bear market lows, along with adding more positions in the recent March madness asset selloff.

In 2018, we wrote a blog post about the crypto bear market feeling "Mandelbrotian" and having fractal qualities. We believe there is a psychological herd-like repetition that seems to occur in these cycles–and especially so in markets like crypto that are less regulated and less tarnished by government manipulation and centralized monetary policy. As Raoul Pal puts it, market cycles in traditional markets used to be quicker and occur more often, but were also more predictable before the current level of central planning existed.

With weighted risk, this thesis allowed us to correctly predict that Bitcoin was bottoming around $3,000-$3,500 in 2018 when selling began to dry up, which represented an ~85% correction off the all-time high. Prior price corrections had eerily similar statistics, which was the part that had Mandelbrot-like aspects.

The 2020 crypto market shares similar aspects but is now moving in the other direction–and now with an undeniable layer of increased memetic and social activity. Memes rule the space and in the current stage of the cycle where retail traders around the world are primarily driving price action and sentiment, having strong memes, narratives, and social signal matters. This even goes for stocks now, where Robinhood retail traders are driving record activity in stocks like Tesla ("number go up?")

In order to capture the most value in early crypto networks, thinking like a retail trader helps in many ways, as the zeitgeist of the entire space is geared towards individual action and empowerment, and democratizing opportunities to more types of investors. Given our background as traders for many years prior to launching this fund, we deeply understand retail traders–but we also don't allow the common euphoria scenarios to cloud sell-side judgement. We are still here for strong, realized returns, whether denominated in BTC, ETH, or USD depending on the situation.

In the DeFi space, we've been fortunate enough to capitalize on a few positions relatively early–although it is still a learning process day to day and obviously higher risk due to rapid iteration. The autonomy of Visary Capital being mostly proprietary with a core, tight-knit LP base allows us to execute rapidly and make these calls.

At some point in the cycle, we still believe Bitcoin will suck the air (liquidity) out of the room and dominance will eventually flip–but not ultimately until liquidity continues to expand and contract in and out of other crypto assets for months (~9-12?). Once substantial new money enters the space, Bitcoin will begin capturing the broader upside–whether from corporations seeking an inflation hedge for their treasuries or the ever-mystical institutional investors finally entering at large (although some already have indirectly via Grayscale). This type of institutional and corporate capital will primarily enter via Bitcoin due to its deep liquidity, history, and proven antifragility–and not into other coins.

When previous $20,000 Bitcoin highs are finally broken, we believe it's off to the races. After Paul Tudor Jones and others came out as Bitcoin bulls, hedge funds are becoming more comfortable allocating capital towards Bitcoin without feeling like "the first" (reputational risk). Despite DeFi mania, we still view Bitcoin as being a core bull case that should certainly not be forgotten in a haze, as it often unapologetically takes back control as cycles progress. We simply see many other upside opportunities in the interim, along with potential projects that may have staying power (none of which even compete with Bitcoin's use-case, nor do we want them to).

To share a few quick allocations we are excited about:

In March, we substantially added to our Bitcoin and Ethereum positions.

In April, we added to our OCEAN (Ocean Protocol) position

We continue to actively manage additional allocations on likely retracements, along with staking, yield, and selling strategies moving forward.

We first invested in Ocean Protocol (mentioned above) in 2018 and more recently added to our position in April. After initially struggling post-launch due to bear market woes, the team persisted and price is now ~+4,500% off lows as of writing this. We believe there is substantially more upside, new listing potentials, US expansion, and the team is more focused than ever.

Origin Protocol. This project had a successful launch in 2019 and traction continues to grow for their decentralized marketplace. Price is up substantially from the strategic round where we participated in 2018. We are still vesting tokens well into 2021 and continue to monitor progress and development.

As previous investments we made continue to launch and show progress, we will be providing more updates and milestones.

Upcoming project launches we are excited about:

SKALE Network is focused on scaling Ethereum smart contracts for mainstream usage. This is an especially pertinent narrative due to recent issues with performance and spiking gas fees on Ethereum. They already have a huge ecosystem being built out.

TrustToken is launching its network token soon (TRU) and has pivoted into a pure DeFi play. Their first product, a regulated and liquid stablecoin called TrueUSD, has a $350M+ market cap and has been adopted by protocols and exchanges for the last 2 years. This will create an exceptional and unique foundation to build additional financial services from.

Tari is a more "underground" project that is a merge-mined sidechain of Monero focused on digital assets such as NFTs. Because of its Monero synergy, it's also a privacy-first project which we believe in. The team is focused on bringing flexibility, optimizing UX, and growing their open-source community above all else. Also perhaps important to mention their meme game is brutal and top notch.

Filecoin is a long-awaited project and despite delays, already has 8PiB of network storage on its testnet. Decentralized storage will become an increasingly important narrative as new crypto networks are built.

We continue to hybridize and evolve our unique dual approach in combining Crypto and Venture investing. We believe VCs should evolve towards these new networks and fundraising mechanisms, learn to manage liquid assets (and learn what an order book is), learn to use decentralized exchanges, participate in transparent open-source networks, and become key stakeholders in protocols, in parallel to investing in traditional equity rounds.

Our strategy for the second half of 2021 was primarily focused on re-balancing longer term crypto investments, adding to our core positions, and focusing on building a healthy cash position to derisk and make more net new investments. In October and November, the crypto market hit new all-time highs and

Below are Visary Capital's venture investments and highlights for Q4 2021. You can view the previous Q3 2021 update here. Boost (Net New, Pre-Seed)Boost is looking to re-invent the barcode, make it programmable, and bring it omnichannel across social. Boost Tags ($TAGS) allow anyone to create a decentralized checkout 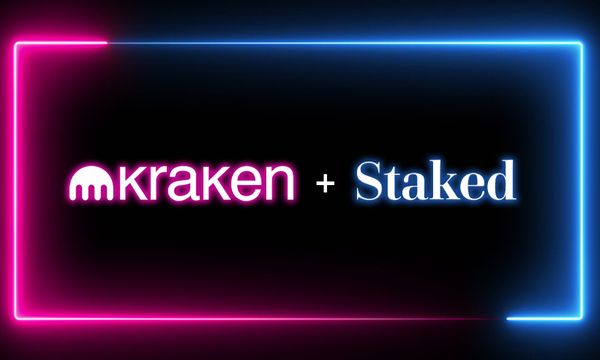